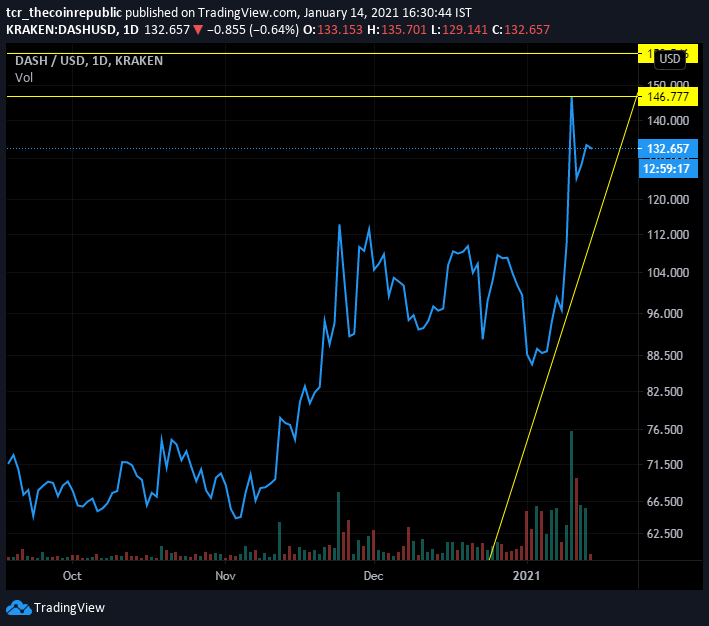 Dash: Preparing For Another Head Star, A Potential Breakout From Ascending Triangle 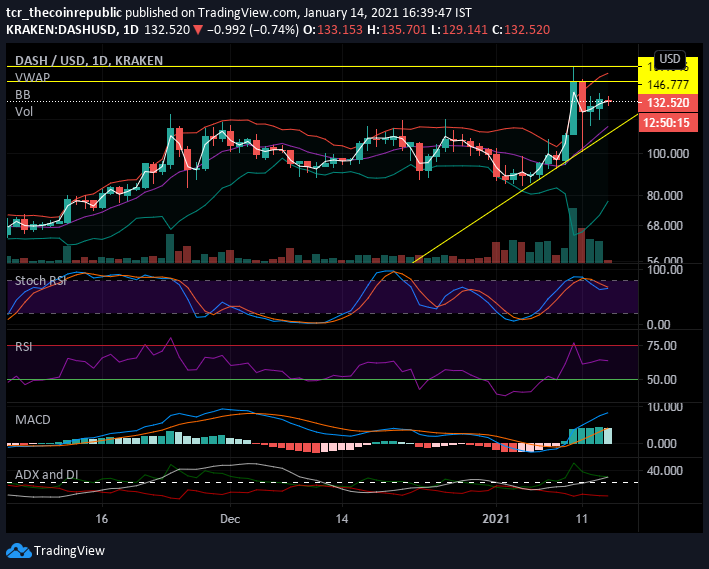 The daily candles from the past three days indicates indecisiveness among the bulls and traders. The coin made an all time high of $159-$160 and returned to confirm the support line, but it seems that the coin got support from its VWAP itself, signalling that the bulls are in charge now.

The stochastic is about to give another buying signal since the signal line is about to cross the slower line. A crossover will confirm bulls to return back and test the high  of $160.

The RSI is in positive territory cruising around 65 levels signalling bullish trends to sustain in the current pace. RSI line is at support currently, a breakdown from here will take it towards next support of 50 levels.

MACD(8,21,5) is indicating divergence, which is a sign of either contraction or even reversal but it will be too soon to say that since the coin is getting support from the VWAP as well as the median of Bollinger Band.

The ADX line is above 25 levels, which indicates a strong bullish trend. However the ADX+ is returning back to 25 levels, a breakdown will cause the coin to consolidate whereas a further upward movement will indicate a return of bulls.

Dash Coin has made an ascending triangle on the daily chart along with three doji candles signalling gradual rise in buying, yet we need a stronger move to confirm either side’s movement.